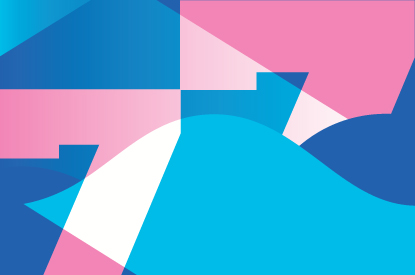 As has forever been the case, or so it seems, new labels and buzz words abound. Those that stick are able to clearly describe something in a word or two. Those describing our present day economy and by extension our businesses and workplaces are definitely sticky.

Some economists describe it as the sharing economy and examples of sharing economy companies that are commonly used are Uber and Airbnb, which most of us, if we haven’t used, have at least heard of. But these companies and the huge number of others who use the same model also fit under another descriptor of our present economy, the on-demand economy.  In the on-demand economy we purchase or contract what we need when we need it for the period we need it. In the Uber type of company, on-demand applies to their service as well as the way they run their business; they hire people as they need them to provide the service as the customer needs it.

But this is not entirely new; since the 1970’s traditional companies have been gradually  moving us in this direction by contracting freelance employees on an as need basis long before technology had sprouted the Ubers of the world. Contractors have moved from filling occasional needs to becoming an on-going integral part of many businesses.

The pharmaceutical company, Pfizer, is a strong example of this. As in all companies, the increase of technology meant a lesser need for Pfizer support staff as individuals were more easily able to do their own research, design slide presentations, input data or do any of the other many tasks that used to be handled by someone else. The huge downside that Pfizer experienced, however, was that their professionals were spending a large percentage of their time on these tasks taking away from the time available to actually do the higher value work for which they had been hired; something many can identify with. In 2008 Pfizer established PfizerWorks, which allows staff to outsource less valuable tasks to contract employees whenever the need arises.

Although contracting work out is seldom as formalized as it is in Pfizer, most companies are increasing their reliance on contractors for many reasons, most important of which is, of course, cost. But too seldom is sufficient thought and time given to the selection and onboarding of freelancers, which can result in short term gain and longer term loss.

Onboarding: Just As Critical For Contract Staff As It Is For Core Employees

The potential losses depend on the role and the degree to which the contractor should ideally be integrated into an existing team. Too often the individual is hired solely on skills and related experience and, when they start, are simply given a description of the work to be done and a contact person. The onboarding process is just as critical for contract staff as it is for core employees. It could be argued that it is even more critical because contract employees are often hired because of an urgent need and have to hit the ground running. You don’t want them running into obstacles or running in the wrong direction.

If the contractor is required to reach out to the individual customer or marketplace, produce anything that is related to or reflects the company, or interact with or be interdependent with other staff a brief  “here’s the job” isn’t enough.

If their role touches customers or the market place do they have enough company knowledge, not only WHAT the company does or offers but WHO it is and HOW it represents itself? Brand is everything today and it is the consistent demonstration of the values and practices that reflect the WHO and the HOW that defines the brand and determines it’s ongoing success.

If their role is within a team or they interact with members of a team, again they must understand the HOW of the team, not just the WHAT. Involving the team in the freelancer’s onboarding goes a long way to ensuring a smooth integration and quick take off. Bringing in a new person is change and as in any change, it works best when the people affected participate. It usually takes a while for a new person to figure out how a group works and how they can best fit into it; a contractor doesn’t have that time.  The team can find ways to speed this up. For instance, ideally the team has a set of values and working agreements that they can share with the freelancer which will help the individual to more quickly understand the way a team works and its practices.

These are just a couple of the possible considerations. The key is that the individual  responsible for the onboarding spend a little time considering  the role the contactor is to play and therefore what their onboarding should entail as well as what they ideally need to know to excel and function as though they are truly part of the company, even if it is for only a short period of time.

The on-demand economy will stretch a long ways into our companies’ and our careers’ futures. If we want those futures to be bright we need to quickly get the hang of the new requirements that apply to us. Getting contract employees effectively on board is one of them.

Leslie Bendaly is recognized as a leading thinker and practitioner in the areas of organizational leadership, teamwork and change.

She is the founding partner of K&Co., and author of several books on leadership including on Strength in Numbers, Winner Instinct, Organization 2005, Games Teams Play and Leadership on the Run. Leslie co-authored her latest book, Improving Healthcare Team Performance: The 7 Requirements for Excellence in Patient Care with Nicole Bendaly.

Her models, tools and books are used in organizations worldwide and her books have been selected as mandatory reading for MBA and other postgraduate programs in both the U.S.A. and Canada.